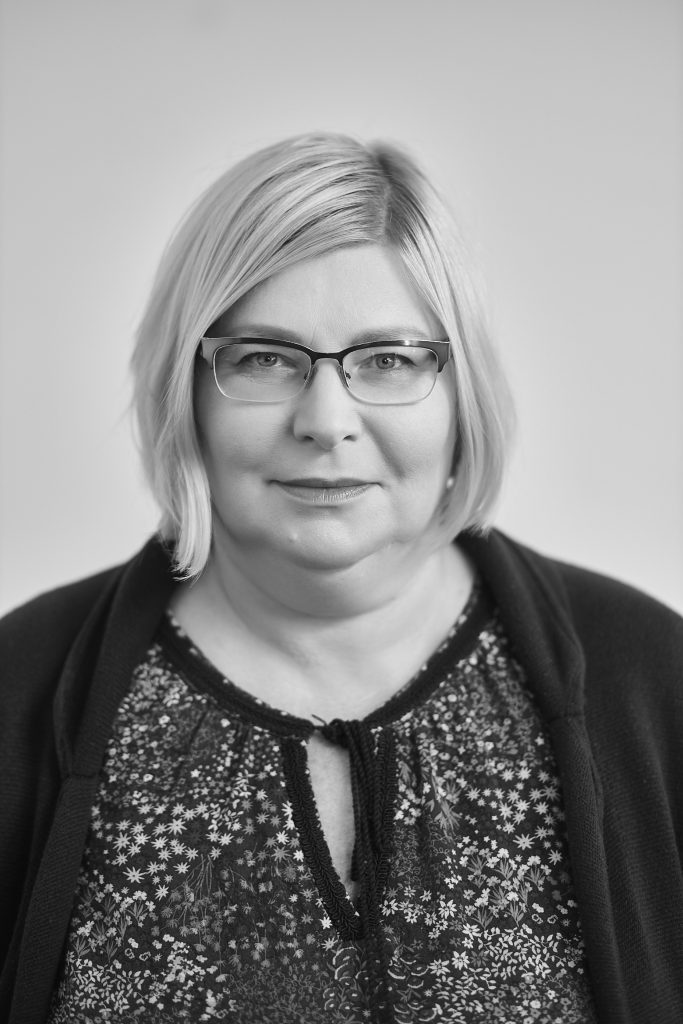 Member of the Senate of the Academy of Fine Arts in Warsaw (2006-2015). Honoured with the Prizes of the Rector of the Academy of Fine Arts in Warsaw (2006, 2013, 2017), including a Pegasus (2007). Member of the Central Council of Higher Education (since 2011, RGNiSW) of the 9th, 10th and 11th terms of office (2006-2017), and member of its Bureau (2010-2017). National Coordinator for education standards and unique fields of study in the field of art (2006-2013). Member of the Team for the development of descriptors in specific areas of education at the Ministry of Science and Higher Education (2009). Author of descriptors for the National Framework of Qualifications (KRK) in the field of fine arts. Expert of the Ministry of Science and Higher Education and RGNiSW for the KRK in the field of art. Chairwoman of the National Curia of Doctors of Art Universities (2007-2013). Participant of many research projects and winner of grants. Co-owner of the patent for the production of paper from silk fibres (PL 191886). Author and co-author of many restoration works in the field of easel and wall painting from the 16th to 20th centuries as well as publications and studies on this subject.